The Significance of Influencer Chatbots to your Brand Strategy

Artificial intelligence is no more the future; it is around us at this every moment and has a serious impact on how we live our lives in the 21st century. For companies that work in the global market artificial intelligence is a necessary tool of the trade. A major manifestation of artificial intelligence online was the introduction of chatbots a couple of years ago. The prominent use of chatbots was not a mistake in any form. Chatbots were crucial in the increasingly personalised services that consumers demanded and companies could not deny. Chatbots have been able to give the companies an opportunity to understand their customers better and consequently personalise interactions with them.

What is a Chatbot?

A chatbot is basically a computer program which undertakes a conversation with a customer through auditory or textual signals. Simply put, chatbots are robots that have capabilities of conversing in a manner that resembles human dialogue. Chatbots learn about human conversations by rummaging through huge swaths of information; to spot repetitions and patterns that would help them associate certain keywords, phrases, or other stimuli to specific conversational arcs. Chatbots are extremely adaptive. While interacting with a customer, the chatbot continues to grow its information bank; and artificial intelligence helps it to mimic human dialogue. The extent of data collected from conversations allows the chatbot to become better at conversing with humans with each passing conversation.

What is Influencer Marketing?

Influencer marketing refers to the marketing strategy that focuses on using the sway that few key people have on a larger populace. Instead of selling their products directly to the target consumer base, the company hires influencers who have an impact of the targeted demographic; and then they spread the word further to the consumers. This marketing strategy is hinged on the effective identification of these influencers; since the company here is directing their marketing objectives to a select few individuals rather than the target market as a whole.

The basis of influencer marketing is the symbiotic relationship between the influencer and the brand. The brand is looking to harness the influence that these individuals have in order to meet their business objectives. On the flip side, the influencer is guaranteed exposure through the brand’s marketing platform — which would in turn make them all the more popular and a bigger influencer.

The Next Step in Artificial Intelligence: Chatbot Influencers

The virtual influencers have made the most impact with the consumers that form the demographic group identified as Gen-Z. The oldest of the millennials are already in their mid-30s, and almost all millennials already in the workforce. Therefore, Gen-Z is the up and coming demographic section that most brands are looking to attract for the sake of a smooth transition into the future.

Chatbot influencers have the edge over human influencers with their capacity to study key market insights at break-neck speed; allowing companies to reform their influencer marketing program as required.

Chatbot influencers can associate themselves with multiple causes without any human prejudice, thus rallying the supporters on that cause directly into the direct target market of the brand.

Chatbot influencers would be exceptionally dedicated to the brand, and can make personalised recommendations using artificial intelligence.

Facing a barrage of advertisements everyday has led to consumer tuning out most marketing campaigns as mere noise. Chatbot influencers can be used to break the monotony and deliver messages in an intriguing manner.

The continuous advancement in technology will allow the creation of software programs that allow brands to develop chatbot influencers at a fraction of a cost required to hire the crème de la crème of human influencers.

Chatbot influencers are the future owing to their seamless chemistry with artificial intelligence. There are multiple chatbot influencers in the market already, and they are raking responses at a speed higher than most human influencers. The future of influencer marketing, even though uncertain, seems fascinating.

How Much Does It Cost to Develop a Matrimony Mobile App?

Read More
Education for AI: Many Avenues Available to Qualify for Work in AI Many avenues have opened up for…
Read More
AArtificial Intelligence 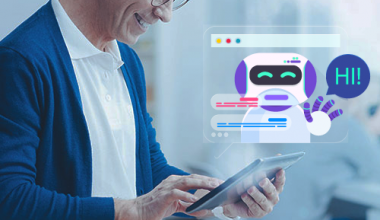 Read More
Chatbots are benefiting companies by getting more customers in the field of business nowadays. The implementation of chatbot…
Read More
AArtificial Intelligence 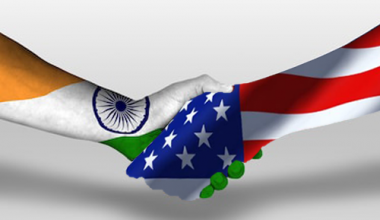 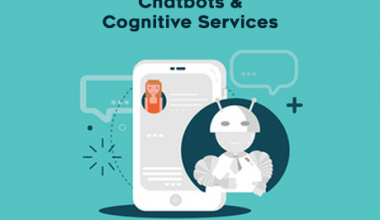