The trending React Native built by Facebook and has become one of the most popular framework for JavaScript library code to build cross-platform applications. Although the initial launch was on GitHub just five years ago in 2013, in contrast to Xamarin and Ionic it has generated more hype.

Good performance for any mobile app and website is very crucial. You can often run into the problem with the quality of your app when creating apps with React Native, and that is where you can hire the best React Native App Development Company to fix the problems and create flawless results.

We will therefore focus on knowing how to improve the quality of React Native apps in this post and discuss the issue a developer may face in length. It is not that difficult to develop an app with React Native as keeping up with the success of the app.

React Native uses JavaScript and interacts through a connection with the native components. Native react depends on three primary threads:

The main part of the React Native app comprises of

Steps to Improve Performance of Your React Native App

Reducing the Size of the Application

This is true when it comes to building a React Native app with high performance. Reducing the app’s size will help improve its efficiency. Shrink the size of your app if you encounter any issues with the app. Seeing that modern consumers have plenty of choices for mobile apps in different categories, they wouldn’t like to install your app if it’s too big or consumes a lot of space in their phones.

As a Top React Native App Development Company, we use various tactics and techniques at Fusion Informatics to shrink the size of the React Native app to maximize its performance. Recall that your app’s output is inversely proportional to the application’s volume. Therefore, try removing unnecessary components and reducing graphics to reduce your mobile app’s size. To reduce the size of the graphics used on your app, you can use Pro Guard.

Reducing the Size of the Image

It is important to use imaging caching to access the images faster while creating a React Native device. Imaging storage is available for iOS devices in particular. This feature allows users to quickly access photos on their mobile devices. Reducing the size of images can be a good idea to increase your React Native app’s quality.

You may have come across some apps where when the site is refreshed, the pictures fail to load. How distracting does it seem? Before you use them for your mobile app, you can convert your images to PNG. Smaller WebP images can also help boost your application’s efficiency.

Image caching is an important step in improving your React Native app’s efficiency. It is a known fact that only for iOS devices, React Native supports photo caching. Image caching can help to load images more quickly.

Additionally, you can also face a few other issues such as library failure because you cannot hold the pre-loaded photos when the app’s page is refreshed. Another issue that could help up is performance draining when the cache logic is running towards the application’s JS side.

Improving the React Native application’s release time should also be a developer’s prime target. This can be a daunting task, however, as you need to test each element to enhance library quality. Therefore, if you want a desirable result here, you should concentrate on the Object. Finalize component, which has been considered a key obstacle in reducing the output of the request.

Finalize element, as it is known to reduce React Native apps quality. Finalizes run on a single thread, creating obstacles to the development of the applications. One should avoid using the Object Finalizes to boost the application’s efficiency. In addition, if there are several finalize to manage, you can just imagine how much time they would eat up in this whole process.

We also make sure our product owner gets sensitive user interface for all of the React Native apps we create. Our team will only be able to update the UI if necessary. Our key aim is to build a better end-user experience. We are making your request quicker and more responsive.

Avoid Render if Not Required

It was proposed that the specific state of the lifecycles and props not be combined. This is because, initially, it is important to determine whether to update the components and to ensure that the reconciler is not overwhelmed with unnecessary work that can reduce the FPS thread of the JavaScript.

It is possible to build mobile apps in portrait or landscape mode. When the phone orientation is changed from portrait to landscape, some React Native apps quit. This can make it difficult for users to select pictures, watch videos, and play games. To avoid this problem, React Native developers may try to work with the root view of the application.

Developers also have to address the severe screen orientation problem where users complained about device crashing while switching the screen’s orientation from portrait to landscape. It was thought that react-native-navigation was a feasible solution to the problem, but in fact, it is not, specifically for the iOS devices where the orientation lock was not found.

React Native operates on a single thread, so many tasks cannot be done together. For example, if an element were created by the JS library, the other programmers would have to wait until the process is complete. One cannot simultaneously combine live video feed and live chat.

React Native offers great animation choices and looks really neat and clean. Animated library enables the native driver to be licensed by React Native coders. The animations allow the key thread to be incorporated and provide a seamless experience.

This is done by using the animated library that allows the native driver to be licensed by the ‘ React Native Developers. ‘Before it actually starts, the animations are sent to the native side.

Storage leakage has always been seen as a major issue with the Android Operating System as there are a variety of unnecessary processes in the context. Nevertheless, by scrolling the numerous lists including VirtualList, SectionList, and FlatList etc., you can fix this problem. You do not have to use the Listview. Scrolling has other benefits as well as smoothing countless window pagination.

Since navigation is the core of the application features, you can consider making navigation enhancements and providing enhanced performance between Native elements as well as JavaScript.

Often, as users move through the web, React Native maps face a problem of slowing down. Therefore, you may need to disable the console to address this type of issue. Log in and stop the XCode processing of any data. React Native developers can deactivate automatic location updates. The load on the JavaScript thread can also be reduced to make the map work better.

Time saving is this framework’s main strength. Second, this prevents the developer from having to recompile with each update, as during the development phase the software reloads instantly. Instead, the software allows a single code base to be created that is suitable for both iOS and Android, making the developer spends less time coding. So, only one code to make, one code to update, and one developer. It would be more efficient and less costly to use such an app.

A mobile app built with this tool also promises high quality, excellent performance, good sensitivity to the interface and an enhanced user experience. In addition, a well-trained JavaScript developer can use this tool to create a mobile app without knowing the particular environment and language of each OS, which is another time-saving point made by the framework.

We have a group of experienced react native developers who are well versed with React Native technology and who can use the best development tools and techniques to help you build your React Native app 60% faster. We can also provide quality tips from React Native to help you improve and make the app faster. Regardless of what kind of issues your app faces, you can hire us with the best React Native programmers and they will help you boost your application speed.

We have seen that while React Native is a very common JavaScript library to build cross-platform applications, it has its own set of issues and is difficult from a technical point of view, particularly in terms of architecture and components implementation. Understanding the vital areas that need to be changed will explain your perception as you set out to create the applications.

What makes us different from the other developers of React Native apps is that we retain complete transparency with our customers. As a leading provider of React Native Development Services and Solutions, we will help you build an app from scratch or solve problems with your current application.

Should I Choose Flutter For Cross-Platform App Development?

How IoT Is Transforming the Education Industry 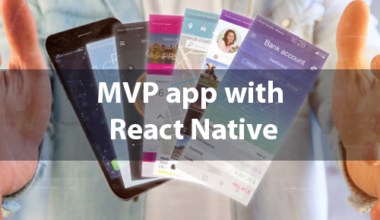 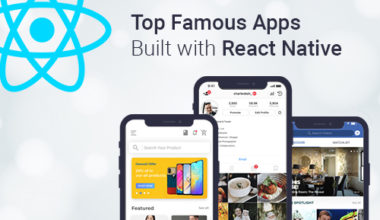 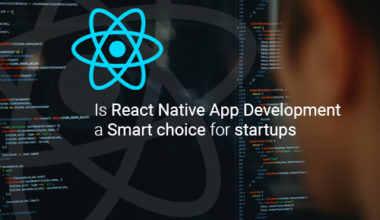 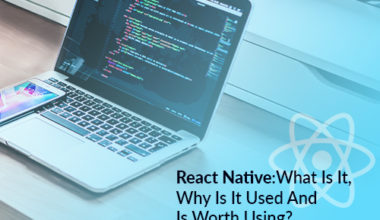