All About Cloud Computing & Services

The word ‘Clouds’ is used as a symbol to depict the Internet for more than two decades. As a virtual space that connects users from all over the globe, the Internet is like a cloud, sharing information by way of satellite networks. Cloud computing is a type of computing that depends upon shared computing resources. In its most simple description, cloud computing is taking services (“cloud services”) and moving them outside an organization’s firewall. A cloud based solution denotes to on-demand services, computer networks, storage, applications or resources accessed via the internet and through another provider’s shared cloud computing infrastructure.

An Epitome of Cloud Computing

Cloud computing is an umbrella term refers to Internet based development and services. Cloud computing became popular in the twenty-first century. The evolution of this concept is the resultant of the gradual development of idea of computing since 1950s. It is necessary to know the history of cloud computing more precisely before using it or if you are using currently.

Schmidt said, “What’s interesting is that there is an emergent new model. I don’t think people have really understood how big this opportunity really is. It starts with the premise that the data services and architecture should be on servers. We call it cloud computing—they should be in a “cloud” somewhere.”

The term began to use extensively in the following years, after companies including Amazon, Microsoft, and IBM started to vend cloud-computing efforts as well.

The use of Cloud computing is spreading rapidly because it captures a historic shift in the IT industry as more computer memory, processing power, and apps are introduced in the “cloud” or remote data centers.

Some accounts trace the birth of the term to 2006, when large companies such as Google and Amazon began using “cloud computing” to describe the new model in which people are increasingly accessing software, computer power, and files over the Web instead of on their desktops.

According The National Institute of Standards and Technology (NIST), “cloud computing is a model for enabling ubiquitous, convenient, on-demand network access to a shared pool of configurable computing resources (e.g., networks, servers, storage, applications, and services) that can be rapidly provisioned and released with minimal management effort or service provider interaction.” A corporate trend among several businesses is the introduction of cloud-based systems. Here is an overview of the three more common types implemented in many businesses.

All clouds are not equivalent. Cloud computing can be divided into three different ways to deploy computing resources: public cloud, private cloud and hybrid cloud.

Organizations are increasingly enjoying the benefits gained through cloud computing, whether through a single or multi-cloud approach. When defining or refining your cloud strategy, then, the real question you need to be examining is ‘do the benefits outweigh the risks’, with a deep understanding of how the cloud will be used and managed in your organization, taking into consideration the factors discussed here.

Are looking for the best cloud computing solutions provider in India for your business?

We, Fusion Informatics in Bangalore, India are one of the pioneers in providing Cloud computing solutions and services, with adequate investment in skills and technological resources. Contact us today to explore how we can help you with finding the right cloud solutions and implementing it.

Our services also spanned over to other major cities of India such as Mumbai, Delhi, Bangalore and Ahmedabad and other parts of the globe such as UAE and USA. Contact us today and entitle the best deal!

The Significance of Mobile Apps in Today’s Education System 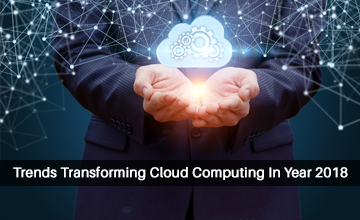 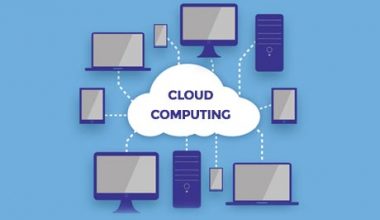